The village of Brackenfield is located in the North East Derbyshire district. Approximately 300 people are residing in this village. It is very close to Alfreton and approximately 5 miles from Matlock. Clay Cross is also close by. Brackenfield is surrounded by farming country and in the center it has a very large village green. In times past this village was known as Brackenthwaite which most likely means bracken clearing although the word thwaite is mostly associated with northern areas and not with this part of the county. This seems to indicate the presence of a small group of Norwegians or Norsemen which might predate the Danes. A property can cost as much as 1.7 million pounds.

In Derbyshire in England there is a borough known as High Peak. This region is mostly made up of high moorland plateau. High Peak lies between Bamford, Hague Bar, Sterndale Moor and Holme Moss. Just over 90,000 people are living here. It has a long history and the name might have come from the ancient Forest of High Peak which is a royal hunting reserve which was overseen by William Peverel someone who was favored by William 1. A large portion of the Peak District National Park lies within the boundaries of High Peak. A property can cost as much as 1.75 million pounds for a quick sale to a cash buyer.

The rural area of Hope Valley is located around the village of Hope and this is in the Peak District which can be found in the northern Midlands of England. It is also the same name which has been given to post town which serves the surrounding villages. It is interesting to note that although by all appearances Hope Valley is a single continuous valley yet the name of the river flowing through it changes several times. There is the Peakshole Water which flows to Hope then merges with the River Noe which comes from the direction of Edale towards Bamford where it joins the River Derwent. Nevertheless a property can cost as much as 2 million pounds.

The market town of Ashbourne is located in Derbyshire Dales, England and it has a population of approximately 9000 people. There are numerous historical buildings in Ashbourne and there are also excellent shopping opportunities. The town is also known for the historic annual Shrovetide football match. Ashbourne has been a market town since 1257. It was popular as a resting place for pilgrims in medieval times. It was mostly used to visit the shrine at Dunsdtable in Bedfordshire. In 1745 the forces of Charles Edward Stuart passed through Ashbourne during the Jacobite rising. One can expect to pay approximately 2.2 million pounds for a property in Ashbourne.

The English city of Derby is located on the banks of the River Derwent in Derbyshire. One of the attractions is the Derby Silk Mill museum which can be found in the Derwent Valley. Close to the river there is the Derby Museum and Art Gallery which is home to many of the paintings by Joseph Wright. People also visit the Gothic Derby Cathedral. The Derby County Football Club which is popular among locals plays at the iPro Stadium. There is also a boating lake and a craft village at Markeaton Park. Properties can cost as much as 5,000,000 pounds according to property experts Wales Cash Buyers. 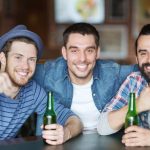 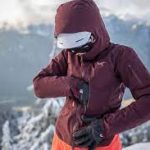 How To Choose A Ski Jacket?