The COVID-19 outbreak made most of us experience what life is like living in a pandemic. While many of us were stuck at home reminiscing a life seen only in history books, entertainment creators worked hard to deliver content to make our lockdown a bit more entertaining.

Film Industries all around the globe have worked hard to produce content to appall and engross the audience. Even when film industries suffered quite a loss in the pandemic, OTT platforms and streaming platforms have helped many productions to sail through.

One such production commenced just before the nationwide lockdown was the Malayalam movie Virus which was later dubbed in Telugu and released as Nipah Virus.

The phenomenal cinematography, which added more emotions to the script, was done by Rajeev Ravi and edited by SaijuSreedharan; Nipah Virus is the new addition to the curated list of virus movies online.

The film opens with a man named Zakariya Mohammed being admitted to the Government Medical College, Khizokhade, where he died from the suffering of an unknown virus. The medical staff who helped him soon begin to show similar symptoms, which cautions the whole staff. Upon research and lab tests, the source was identified to be the Nipah Virus.

The movie is cinematic documentation of case files and reports of the outbreak that stormed the nation and world. An emotional watch with various thriller elements, the movie grabs momentum when all the characters, along with the Government officials, strive and work hard to eradicate the deadly virus. How they succeed and bring Kerala back to stability forms the rest of the plot.

Director Aashiq Abu has produced a gripping thriller about an unseen virus that took the lives of dozens of people in Kerala’s Kozhikode and Malappuram districts. The way he describes the emotional turmoil of the victims and their families, the doctors’ unwavering commitment to saving their lives, and the government’s mission to stop the virus from spreading deserves special consideration.

The pacing is a little sluggish in certain parts of the film, which takes it away from becoming a nerve-wracking emotional thriller. Except for the minor mistake, Nipah Virus is a film worth watching for its phenomenal and emotional performances, cinematography that accurately portrays the director’s vision, and, most importantly, the cast’s teamwork, commitment, and crew.

Fill your mundane lockdown with movies from various regions and varieties if you’re new to the Telugu film industry or the southern film industry in general. Cinema is a powerful way of capturing life; it’s intense, emotional at times, genuine, spectacular, and engaging. If you want an emotional view of how any fatal disaster recks an area, watch Nipah Virus, a worthy addition to the list of Latest movies online.

Some Easy Recipes to Try at Your Condo 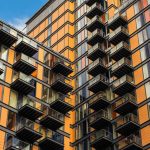 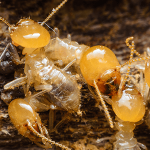 Get rid of Termites with the help of Experts and Professionals