Winzo and GetMega are online gaming platforms that offer various games. Unlike other game apps, their games are played by real players and give them a chance to win real money. They both offer casual and card games, but there is an additional trivia game in GetMega.

Let’s look at various casual and card games provided by Winzo and GetMega.

The pool game is played on a tabletop using balls and cue sticks. The game starts with 10 points on each player. Every time a player rolls the pool ball into the pocket, the points reduce. The winner will be the one who manages to put all the ten balls into the pocket and remain with zero points. The game can accommodate a maximum of 4 players and a minimum of 2 players.

In the 8-ball pool, the winner is the one who manages to pocket the eight ball without missing. There are fouls in these games, like pocketing the cue ball and hitting the rail.

In both Winzo and GetMega, Carrom is a game of skills and high accuracy.

Like the pool, Carrom is played on a tabletop, but instead of using cue sticks and cue balls, the players use the finger strikers to push the coins into the pockets. The game has white and black coins. It is played in pairs, either singles or doubles.

In Carrom, for the player to win, each player begins with a total of 10 points, and the points must be reduced to zero for one to win. Each coin has different points. Points can be reduced from 10 to 8 by pocketing coins with 2, such as a nickel. Because of this, the competition is a race to zero, in which the player who gets to zero the fastest wins.

This is available in Winzo only. It is also a board game. The game aims at getting your tokens to the home triangle. When playing Ludo, you don’t need to open up all of your tokens and distribute them throughout the board. In addition, capturing an opponent’s token and sending it back to their play yard is part of the game.

Blocking your opponent’s tokens is an alternative strategy if you can’t capture them. Your token will prevent them from passing by or capturing any of your tokens. Every token on the board matters, so keep an eye out for them.

Fruit samurai is WInzo casual game, while fruit Kaat is for GetMega.

Fruit samurai involves swiping and shredding fruits. The game may sound easy, but there are times when the bomb comes in instead of fruits. This is the tactical point because if you shred the bomb, the game ends. For the previous games, the winners have the lowest points (zero), but for fruit samurai, the one with the highest point is the winner. Shredding the bomb will decrease your points. To get more points, ensure you do not slice the fruit one time; you can swipe them and shred more fruit per turn.

Fruit Kaat is a multiplayer match of 3 games that up to four people may play at once. Each player receives a predetermined number of swipes in timed turns. To win, you must strategically match fruits to score points and defeat your opponents.

The card game is played using a deck of cards that usually contains 52 cards. There are various card games, but there are two card games in winzo and GetMega, rummy and poker.

The rummy game involves matching cards according to their suits and sequence. There are four suits in cards, and each suit is numbered 2-10, then there is one ace, jack queen, and king. The competition is on the one who manages to match 3 or 4 cards in order of their sequence. The marching cards should be of the same suit. Rummy is based on the skills of the player.

Poker is a probability game because the outcome is based on chances. It begins with players shuffling the card, and then each player gets three or four cards at the beginning. The competition is on matching the discarded cards according to their sequence or suit. The player who matches all the cards on the hand and remains cardless wins the game.

Winzo and GetMega offer excellent cards and casual games. They are the best online gaming platform with real players. They are also legit, and their way of awarding players is transparent.

How To Decide On The Best Suitable Elite Escorts For Your Needs? 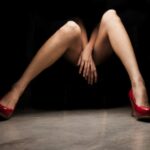 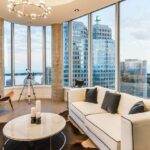 What Factors To Look At Before Booking A Serviced Apartment In Dubai?